This is a new county for me. I first visited it in February and March 2020. Click on a picture to read a bit more about the church (and maybe see more pictures of me!). 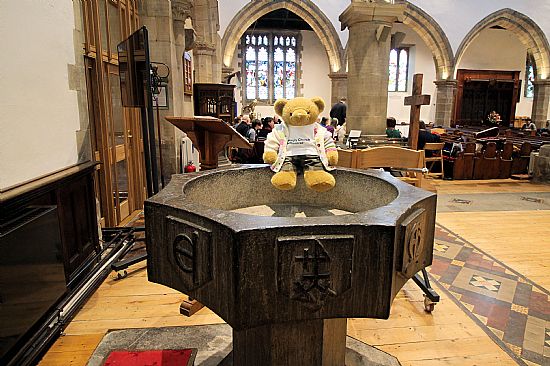 This is a lovely big St Mary’s and had a very impressive big font with funny symbols round it (I don’t think they’re sure what they mean). When I visited there was an orkestra band practicing and they were very good. They played the music from Ghostbusters. I met a lovely lady Curate here; she was very interested in what I was doing and took me up to the altar so she could take my photo on her phone.

It was lucky I visited when I did – two days later they put a lot of scaffolding up and my main picture would have been ruined (but I could have clambered up the scaffolding).

This is a little church in the middle of nowhere. Uncle Les says it’s a “Chapel of Ease”; which means a church building within a parish for people who can’t get to the parish church conveniently. It wasn’t open though (so that’s not very convenient!).

I couldn’t get inside this St Mary’s, but I sat on the fence for my photo. I had to be wedged on rather as it was getting windy and there wasn’t very much to hang on to. I nearly toppled off, which would NOT have been good. 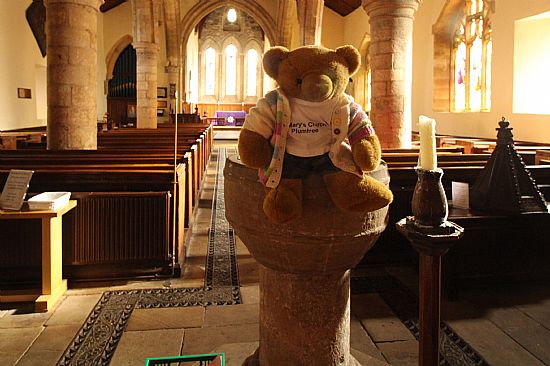 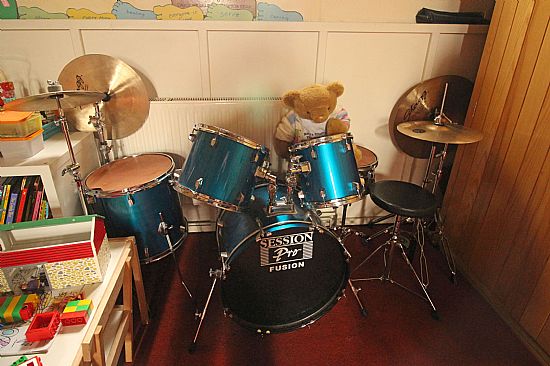 Another St Mary’s that I could look around. There was an organist practicing here.

I sat on the font for my photo but had to be really careful as there was water in it, and I didn’t want to get any part of my splendid fur wet!

And then in the Children's Corner I fount a really splendid drum kit. I really wanted to give them a go!

I was very cross here – the notice on the board said this church was open (you can see it behind me in my photo) and I was all ready to look inside, but it wasn’t open at all. Humph!

The Lychgate was ‘sposed to have been made by Mr Robert Thompson of Kilburn (the Mouseman who also worked in Conistone in Yorkshire and Ilmington in Warwickshire), but I couldn’t see any mouses. [Robert Thompson’s earlier works didn’t have mice on them, this lychgate (built in 1921) was one of them, Big Ted] 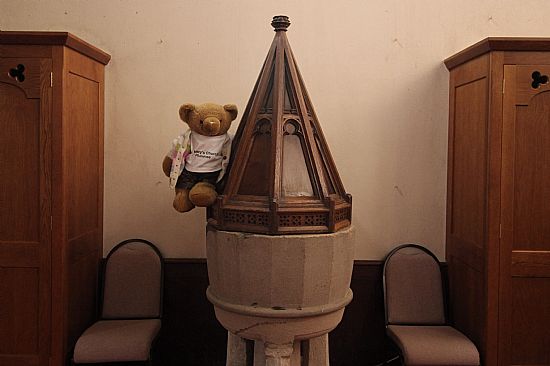 This is a big St Mary’s that I got to look around. They’d taken out some pews in the north aisle and there was a lovely carpeted space for me to run around (I’m working on persuading them to do this at my St Mary’s so Little Ted and I could have races). 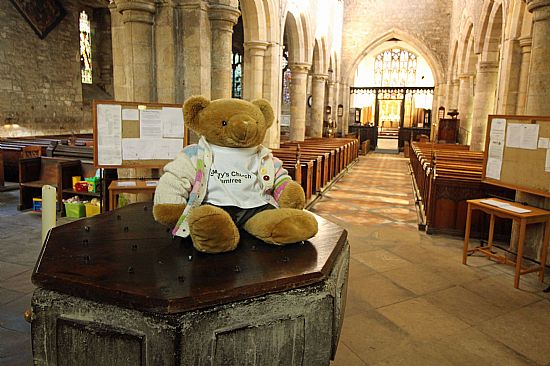 There are lots of tombs in this church, with statues of people lying on the top. The tombs are for people from Raby Castle which is nearby. I’m not used to seeing tombs as we don’t have any at MY St Mary’s. Staindrop church is a very big St Mary’s and used to be named after St Gregory. 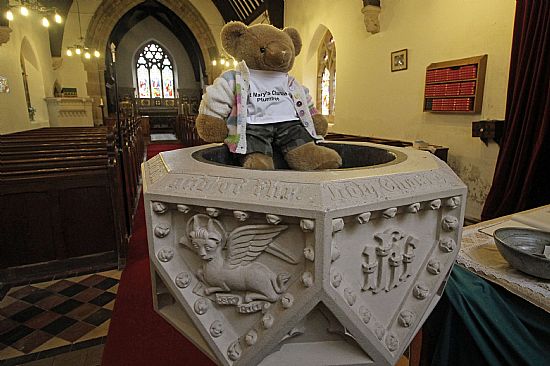 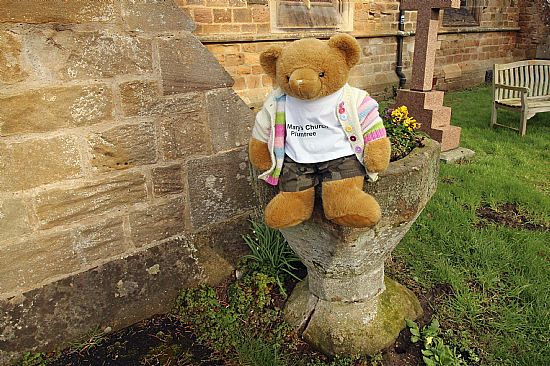 This is a lovely little church with lots of Victorian tiles on the floor (a bit like the ones we have in the chancel at MY St Mary’s, but many more of them). It’s in the same benefice as Barnard Castle and the lovely lady Curate there made sure I could get in and look around.

There’s also an extra old font outside the church with flowers planted in it.

There is a really good view from this St Mary’s; but it was also very, very windy. That might explain why I don't appear to be in the photo. I don't understand this 'cos I was definitely there! I will need to have a chat with someone (namely, Uncle Les) about this.

This is a “tin tabernacle” church but, unlike the other one I visited somewhere, this one’s painted all white. [The “other one” was Burgh Parva in Norfolk, which was painted green with a red roof, Big Ted]. I couldn’t get inside though.