Considering I live quite near to Leicestershire in Nottinghamshire, I've not visited many St Mary's churches in the county. I'll have to see if I can do better! Click on a picture to read a bit more about the church (and maybe see more pictures of me!). 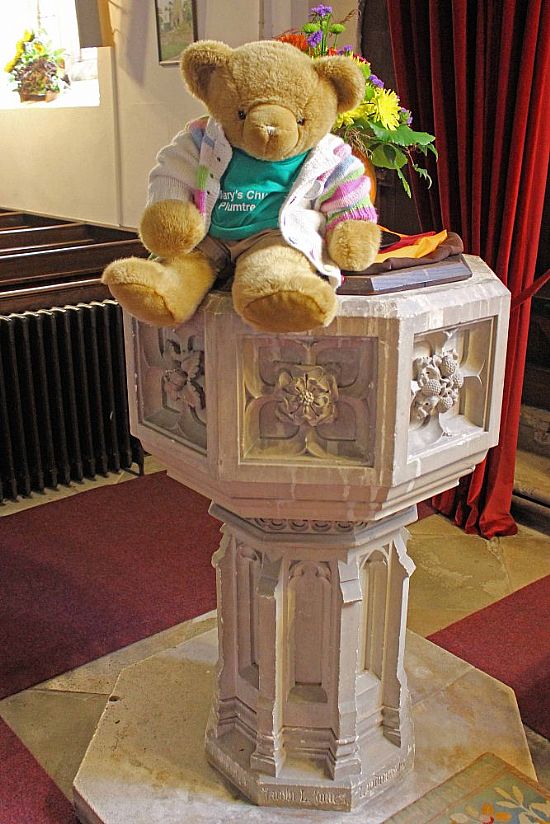 This notice board doesn't say very much does it? I went inside the church and had a good look around. Uncle Les took a photo of me on the font next to some pretty harvest flowers, of course. Outside, there's a flagpole on top of the tower that's at a funny angle (the flagpole, not the tower). I wonder how they put flags up there. 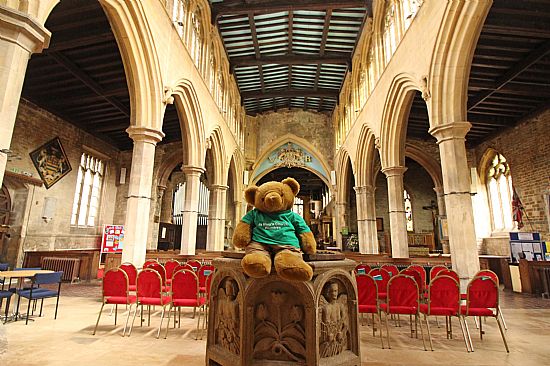 This is a very big church on the Nottinghamshire/Leicestershire border. It's very bright inside and has lots of statues in the chancel which must make it tricky getting communion. [There are a number of ornate monuments and tombs in the chancel, Big Ted; these include tombs for the first eight Earls of Rutland and their wives.] 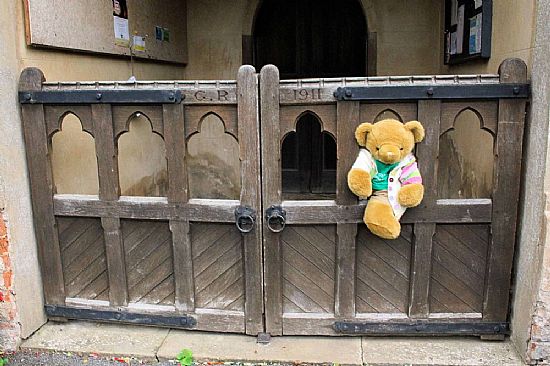 This church has its tower in a very funny place. It also has some nice wooden gates on the porch to keep livestock out of the church - but not sufficient to stop an intrepid bear getting stuck in them accidentally on purpose!. 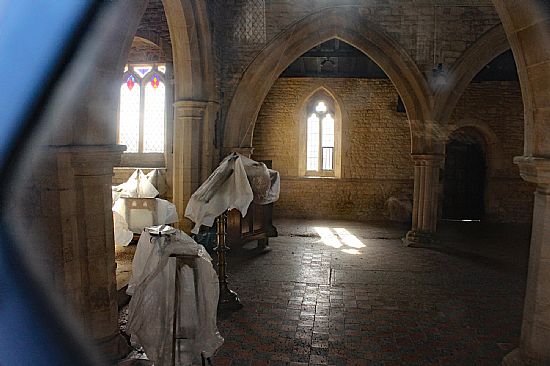 This is just down the road from Garthorpe and is looked after by the Churches Conservation Trust. We couldn't get in here either but I got a nice picture looking in through a window. Everything is covered up, maybe they have bats!

This is a closed church also looked after by the Churches Conservation Trust.

If we'd been there the day before, the church would have been open and we could have got in. (Must talk to the arrangers of my trips, this is just not good enough). 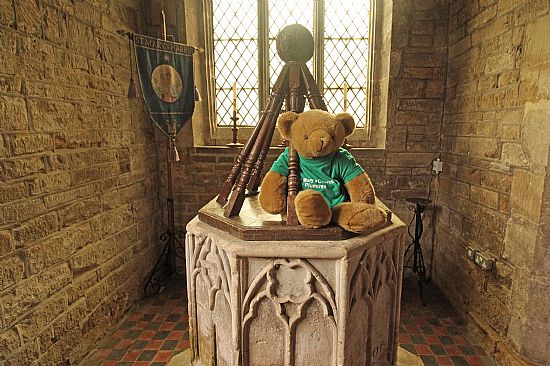 St Mary's in Harby was open and so I had a good look round (as you do).

I particularly like the cover on the font. It's made of lots of separate pieces of wood that look like bits of banister. So I was able to hang on tight for my photo.

This St Mary's is really big and has a huge churchyard. I think I parked in the wrong place 'cos it took ages to walk to the front of the church (I understand there was a small problem with a one-way system). Sadly the church was closed so I couldn't see inside. It's open for coffee, 10am-12noon, Tuesday to Saturday which would've been nice. 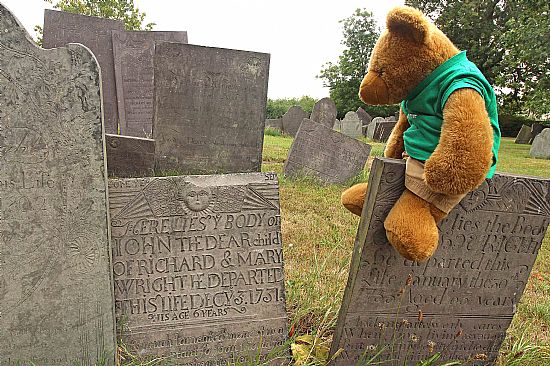 This St Mary's was locked up, so I used the time to look at the "Belvoir Angels" in the churchyard. There are lots of them (we've only got two at Plumtree, but I saw at least eight here). The one I'm examining here is a really good one and the letters stick out instead of being cut into the stone.

I came here on a day out from home. It wasn't too successful as it was very wet and then it got wetterer (that's why there's no sky in the photo). I sat on a stone wall for my photo beside the sign (that's a very purple sign, isn't it) and Uncle Les had to stand in the road which was a bit dodgy and not at all safe. By the way, that conical thing next to the sign is a pop-up Christmas tree. I bet it looks really jolly when the lights are switched on.

The church was s'posed to be open later that afternoon but I couldn't wait around getting soggy so I went home again!